Add to Lightbox
Image 1 of 1
BNPS_ControversialOilRigOffBournemouth_05.jpg 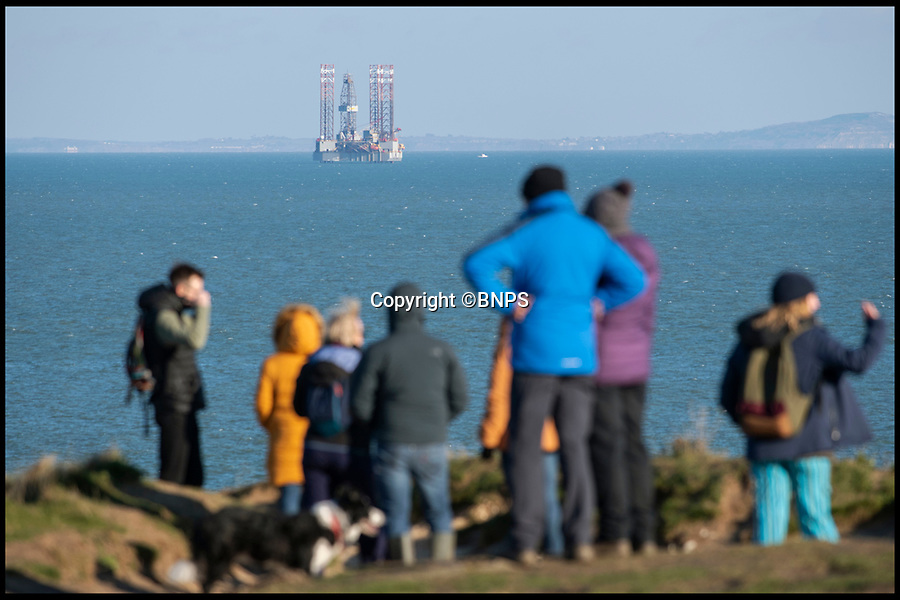 Sightseers at Old Harry Rocks on the Jurassic coast near Poole in Dorset were greeted with the sight of a controversial oil drilling platform moving into Poole bay this weekend.

A controversial oil rig has been positioned between two of Britain's most famous coastal landmarks to begin a test drilling on a deepwater well.

The ENSCO 72 rig has been given government permission to spend 40 days digging an appraisal well for oil in Poole Bay, Dorset, which forms part of the Jurassic Coast UNESCO World Heritage Site.

The 340ft high platform stands four miles east of the popular beauty spot of Old Harry Rocks, near Swanage, and 10 miles west of the Needles on the Isle of Wight.

Its arrival has sparked anger with not only environmentalists but also many residents of Bournemouth who can clearly see the 250ft wide platform from its famous seafront.
©BNPS 2 Feb 2019 5312x3543 / 1.2MB