Add to Lightbox
Image 1 of 1
BNPS_CarrieFisherScript_13.jpg 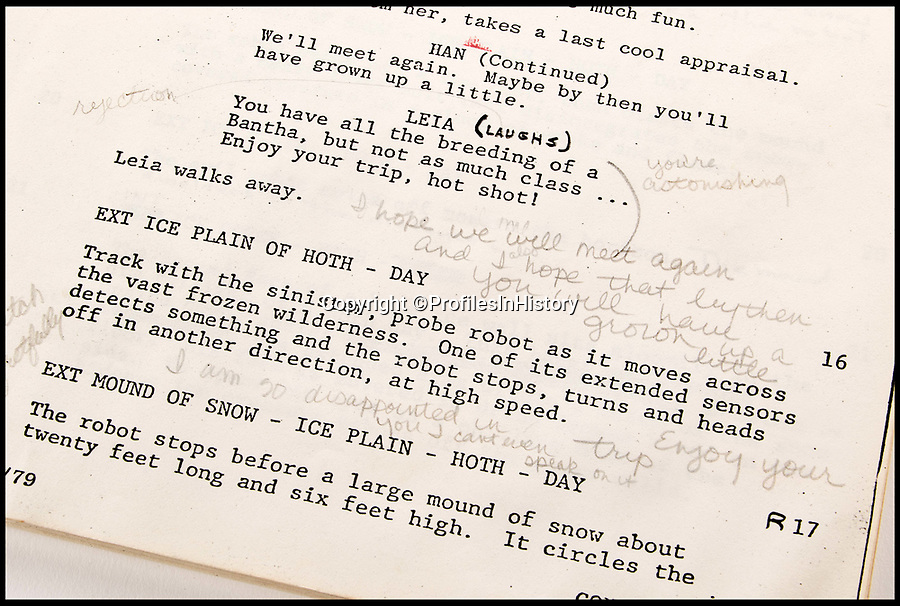 The working script which Star Wars actress Carrie Fisher used and annotated for her role as Princess Leia in the Empire Strikes Back has emerged for sale.

The unique personal script is accompanied by the three leather bound scripts for the Star Wars trilogy that were given to the actors at the end of filming and signed by director George Lucas.

Together the four items are tipped to sell for a combined £115,000.