Add to Lightbox
Image 1 of 1
BNPS_DaringSergeantWillie_03.jpg 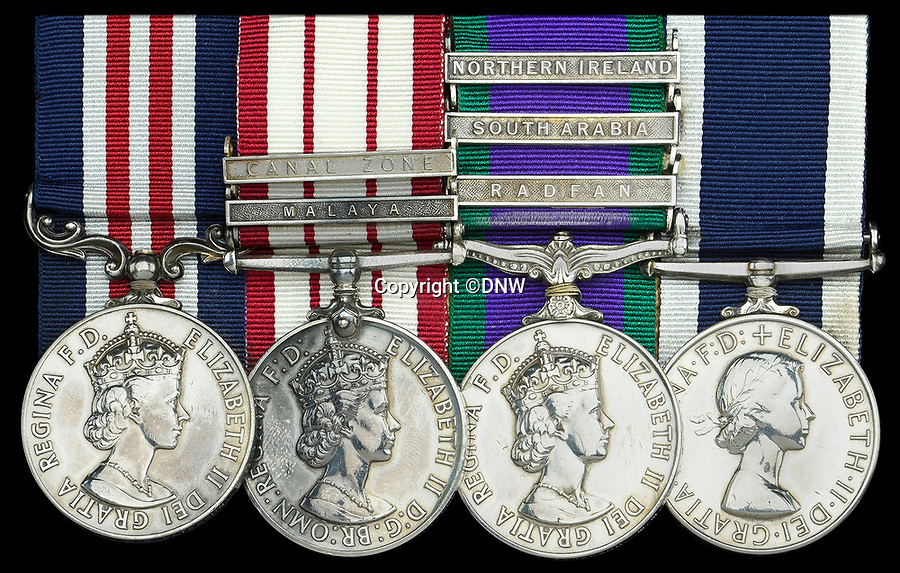 The remarkable exploits of a hero Royal Marine who survived a 100ft fall before distinguishing himself in battle can be revealed after his bravery medals sold for over £17,000.

Colour Sergeant Willie Paterson, of 45 Commando, broke nearly every bone in his body when his rope snapped in a training accident in Dartmoor, Devon, in 1962.

Yet, just two years later, with a metal plate in his arm, he led his men in perilous night time missions against native guerrilla fighters over mountainous terrain during the Radfan Campaign of 1964.

The campaign was part of the Aden Emergency, an armed insurgency by nationalists against British forces stationed in South Arabia, now part of Yemen.
©DNW 29 Oct 2019 1665x1061 / 815.5KB