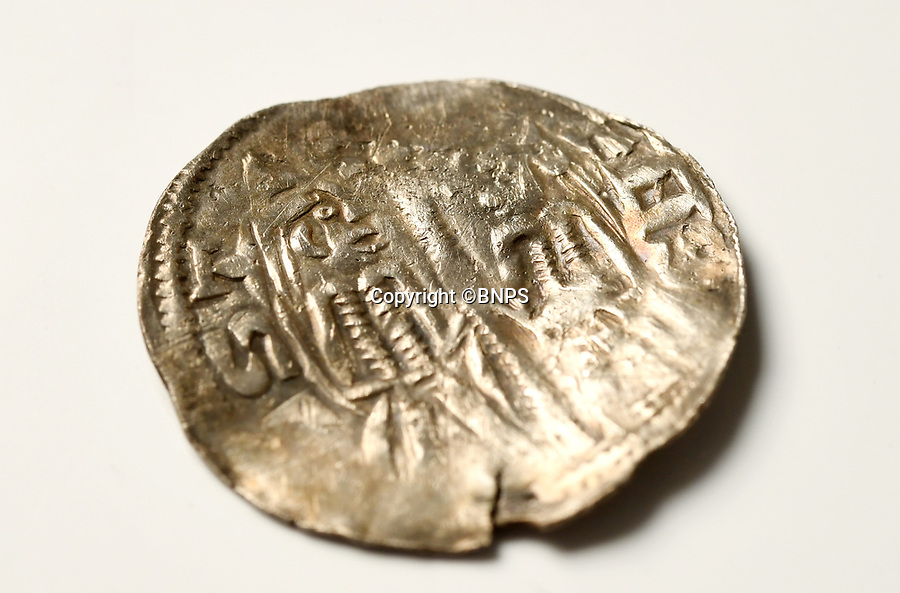 Pictured: The coin depicts the king of England from 1135 to 1154 and his wife Matilda, the countess of Boulogne.