Add to Lightbox
Image 1 of 1
BNPS_EvaBraunsPhotoAlbumSellsFor41K_05.jpg 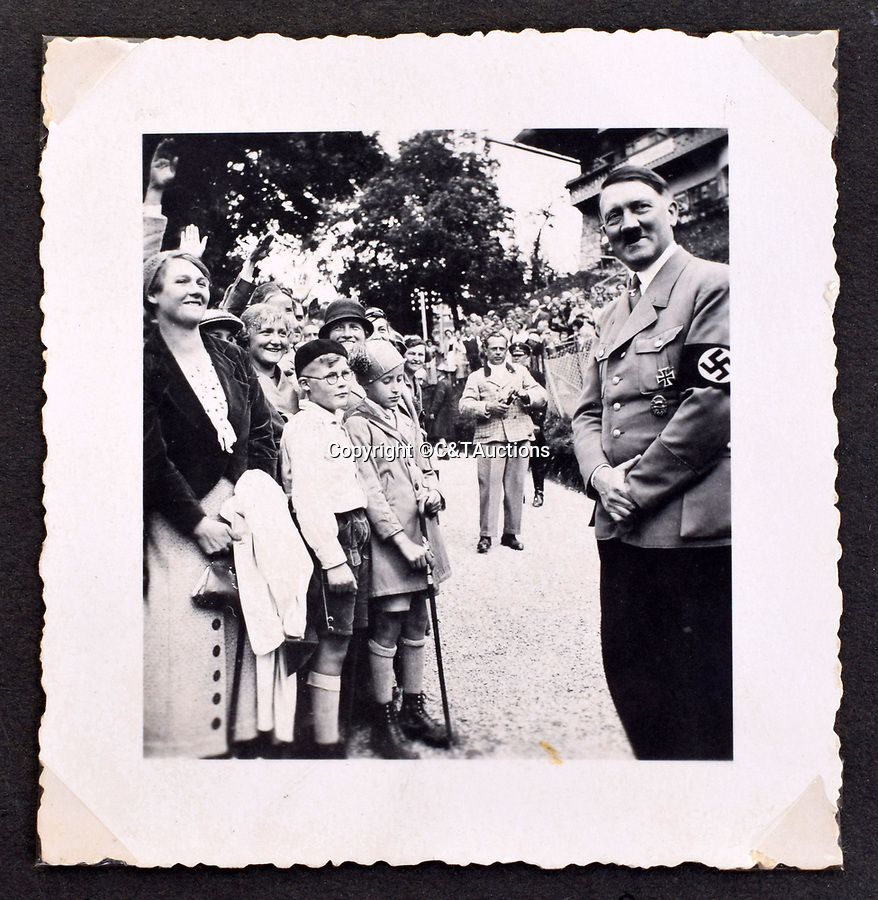 Included in its pages is a candid shot of a smiling Hitler surrounded by schoolchildren at the Berghof.

A photo album containing never-before-seen candid snaps of Adolf Hitler that was found in Eva Braun's bedroom drawer in the Fuhrer's Bunker has sold for more than £41,000.

The remarkable images show the Nazi dictator and his henchmen in rare lighter moments of the Second World War.

The album, which was unearthed after 72 years, sparked fervent interest and attracted a phone bid of more than double its estimate of £18,000.

There is one snap of a grinning Hitler in a 'Chaplinesque' pose and offering a playful salute to the person taking the photo outside his Berghof headquarters. Two more show him smiling in front of a crowd of children saluting him.
©C&TAuctions 3 Feb 2017 3160x3243 / 1.3MB