Add to Lightbox
Image 1 of 1
BNPS_Auctions_01.jpg 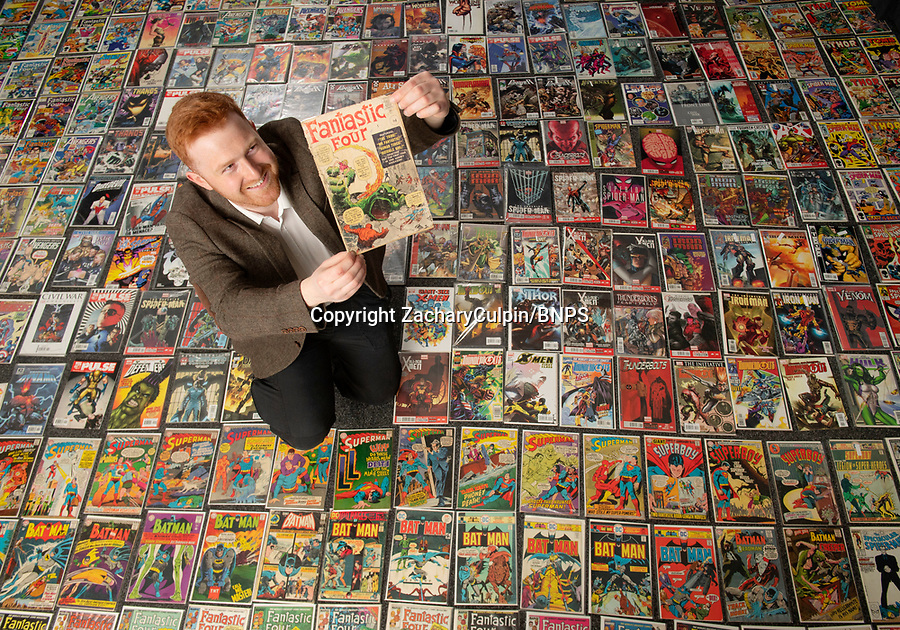 Auctioneer, Andy Wooller with the collection, he's pictured with the rarest and most expensive comic of
collection a Fantastic Four number one that is valued at £2,500

A huge comic collection immaculately accumulated over 60 years by a late fanatic has been found by his family.

The vast archive of over 8,000 comics was amassed by bachelor Peter James who kept them in pristine condition at his home.

He was introduced to comics by his mother as a young boy as she thought it would encourage him to read.