Add to Lightbox
Image 1 of 1
BNPS_WhoseTheDaddy_05.jpg 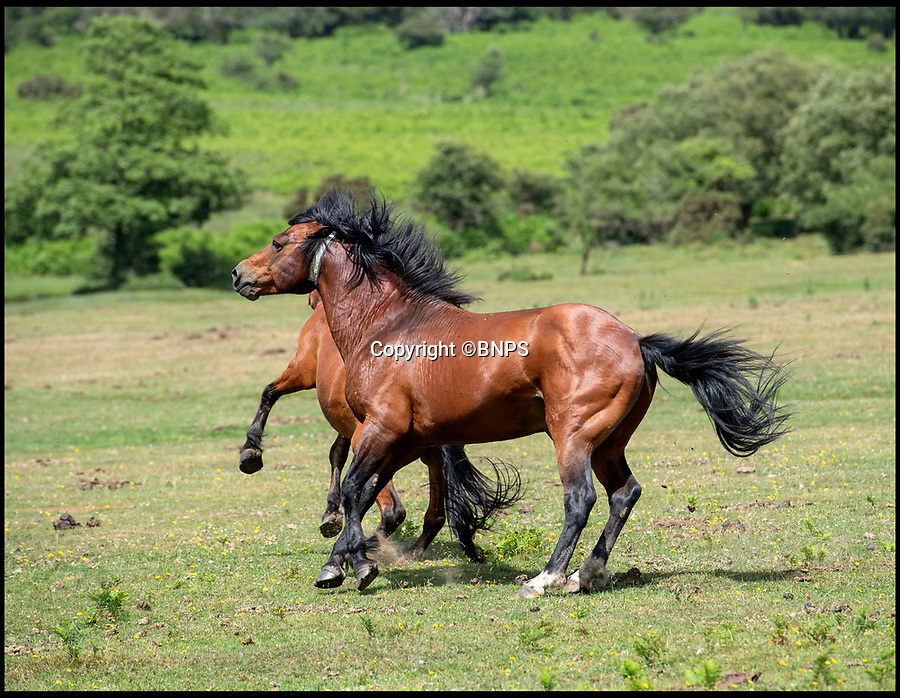 Skywalker - at 17 the oldest stallion in the forest, lays down the law to a frisky gelding.

Fighting fit - The New Forest Verderers have chosen 15 lucky stallions to be released on to the historic forest this year.

The stallion release scheme was introduced in 2010 in a bid to drastically improve the quality of the ancient breed by reducing the number of stallions to only the most impressive.

The forest Commoners can put 30 male ponies up for inspection by the Verderers each year, who then select the best 15 to roam the ancient forest, founded by William the Conqueror as a royal hunting ground over 950 years ago.