Add to Lightbox
Image 1 of 1
BNPS_KardashianFortune_08.jpg 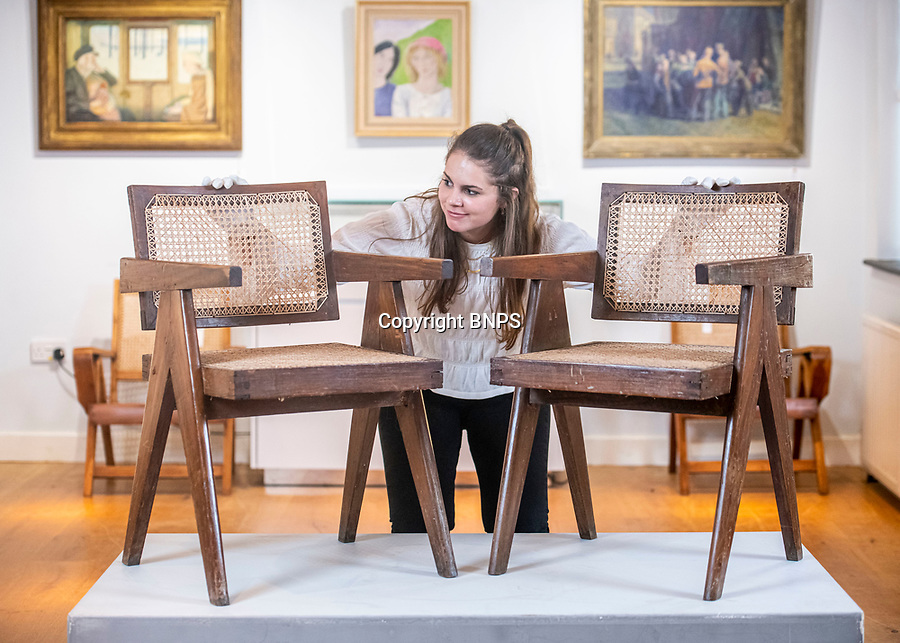 Pictured: Victoria Wild with the Chandigarh furniture, in the saleroom at Duke's in Dorchester, Dorset.

Retro Indian chairs once consigned to the scrapheap are now tipped to sell for thousands of pounds after the style of furniture was endorsed by the Kardashians.

The value of the distinctive solid teak chairs has sky-rocketed in recent years after ones like them were used to adorn the home of influencers like Kim and Khloe Kardashian.

They were originally designed by Swiss architect Pierre Jeanneret to furnish public buildings of one of India's first modern cities in the 1950s.
BNPS 1 Oct 2021 5779x4128 / 3.1MB